The battery-operated alarm clock selfishly announced its presence at 3:30am on the cold October morning. Still numb to its inconsiderate request, with its distinctive ‘beep-beep’- ‘beep-beep’ cadence – a surprisingly dull rouse for today’s grand awakening – I didn’t even stir.

After a couple snooze buttons and unintentionally drifting back into a comfortable dream state, I sprung wide-awake realizing I was already running behind schedule on this opening-day morning. Swiftly peeking through the pop-up camper window, smearing away the overnight condensation, I was suddenly hit with unease at what appeared to be two flashlights – the blurry beacons bouncing from afar on the black horizon way off in the distance.

“Who could be out there this early, at this un-godly hour?” I thought to myself, as I re-analyzed my failed attempt at being the first one out in the field on opening day.

Rubbing away the sleep from my eyes and trying to refocus my attention on the foreign glowing disturbance – as though maybe my eyes were playing tricks on me, as though maybe I was seeing faraway vehicle headlights from the distant interstate highway – I solemnly realized that they were indeed flashlights. Hunters were hiking in.

I cursed under my breath for having overslept, as I flung open my sleeping bag and jumped down off the bunk – landing hard on the floor of the old rickety vacationer – squeaking on its old metal frame. Half asleep, still thinking this may be just a dream, and overwhelmed by the frigid morning air after shedding the warm sleeping bag, I realized I would have to hurry now.

I frantically searched for my garments that were scattered about the old Hallmark hunting camper – hopping from one foot to another while putting on my socks. Running back and forth, from one end of the small camper to the other, desperately grabbing gear, packing bags, making last minute preparations – it was a race against the other hunters.

The sight of the swaying camper at this early morning hour – squeaking, squealing, moaning side-to-side, and backdropped with muffled expletives drifting out from inside – must have provided comedic relief to the cast of nocturnal animals awake at this hour, observing this human from the safety of their southeast Colorado grassland shrubbery.

Mostly steppe and shortgrass prairie, with pinyon and juniper trees dotting the rocky canyons, with cottonwoods and willows near semiarid streams and the few lakes – southeast Colorado was a secret treasure.

“These guys might beat me to my favorite spot!” I suddenly thought, interrupting my wandering attention. Using the dimly lit battery-powered interior lights, I rapidly made progress in finding all the essential gear for today’s quest.

Meanwhile, their streams of light haphazardly dashed from one spot to another – in a sweeping motion. Nothing specific was to their liking yet, as the beams of light occasionally reflected across the calm sleeping lake. Momentarily illuminating flooded Cottonwoods, large patches of duck weed, bushes, and watery-grassy expanses of the flooded shorelines – they kept getting closer, kept moving along the hidden shorelines of the high-plains lake.

Camouflaged by the pitch-black and star filled sky, and absent any evidence of the moon – more and more pockets of water and hidden coves of the lake were abruptly exposed by the flashlights of the eager duck hunters. The views of the distant shore were fleeting, as snappishly they would retreat into darkness, as something different would catch their attention – flashlights fixating on something new.

The sloshing noise of their waders in the calm water echoed across the entire lake, only interrupted by the occasional bark from their dogs, as they too were excited, perhaps more so then their clumsy and loud owners. The clanking of decoys in their giant decoy bags banged-about, creating a rhythm of mechanical steps towards their yet-to-be-determined destination.

Any ducks in the vicinity were sure to hear these guys crashing-about. “Good”, I thought, bitterly jealous of their discipline for waking-up on time.

Finally layered and dressed, neoprene waders on, gun in hand, plus decoys on the back, and standing outside in front of the abused camper – I watched as the flashlights flickered off from across the lake and through the trees. At least I knew where they had setup for their morning hunt – good for any serious hunter who takes safety seriously.

The cold bitter air bit harshly on my throat and nose as I slowly made my way down to the calm water. Sneaking and slithering through the waist-high grass. Weaving and zigzagging between trees and impassable objects illuminated by my headlamp, I had finally arrived at the mucky water’s edge.

In-between downed trees and flooded timber, I threw out the 2 dozen decoys in knee-deep water and fixed a semi-decent blind. There was hardly a breeze and soon, total silence and blackness enveloped the area as I switched off my headlamp and waited for the sun. Then, barely audible calls and chatter from the feeding ducks wafted through the trees and the lake became alive with ducks. The floating rafts of Teal, Mallard, Wigeon, and Shovelers became visible through the trees in the pre-dawn early sunrise that began to emerge. I was ready for today.

Reinvigorated and propelled by the unwelcome arrival of the unexpected guests, I had managed to secure an opening-day morning duck hunting spot on public land. Something not guaranteed by any stretch of the imagination these days. It was a relief for sure.

You see, that day, or more precisely, that October morning – was opening day for the Central Flyway and it was duck hunting season once more. With eagerness, excitement, and a little bit of anxiousness – it was finally time to head back out into the blind.

It was time once again, for the annual ritual for both man and nature.

It was about the renewal of tradition and the cyclical nature of nature.

It was opening day.

This site uses Akismet to reduce spam. Learn how your comment data is processed. 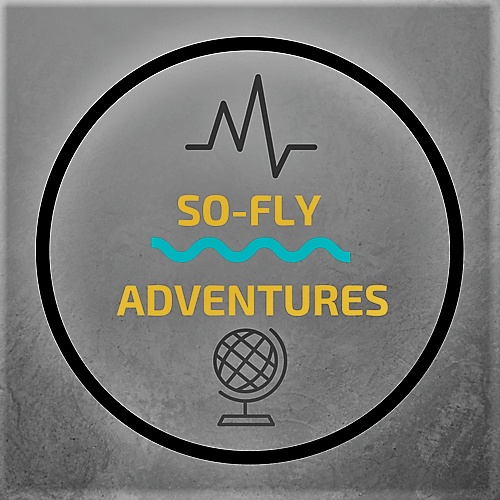 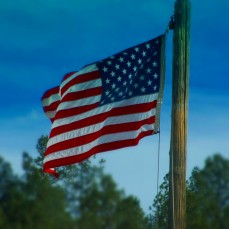 Love of the USA 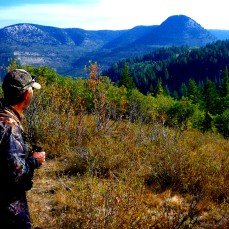 Glassing the Hill for Elk 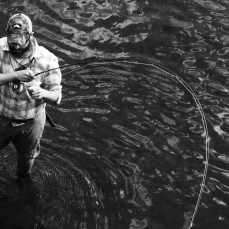 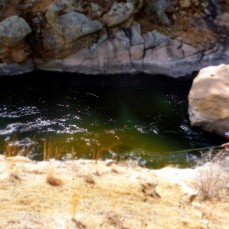 Although not the same river & situation as mentioned in Fish On, it still is a great photo of my brother stalking a monstrous Trout in the Colorado high country. 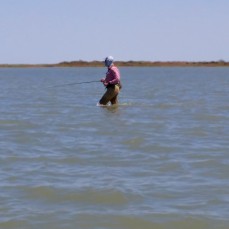 Fly fishing and stalking Red Fish in the Gulf Coast 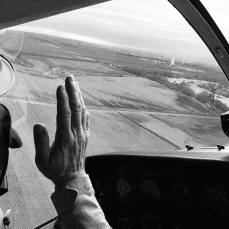